The Overwatch World Cup is one of the most sought-after trophies for national teams in Overwatch. With the national pride being on display and the best talent from the country coming together, this tournament is seen as a showcase for the Overwatch World cup.

As the official website for Blizzard has been updated with more information about the Overwatch World cup, there is a streamlined information for the committees. 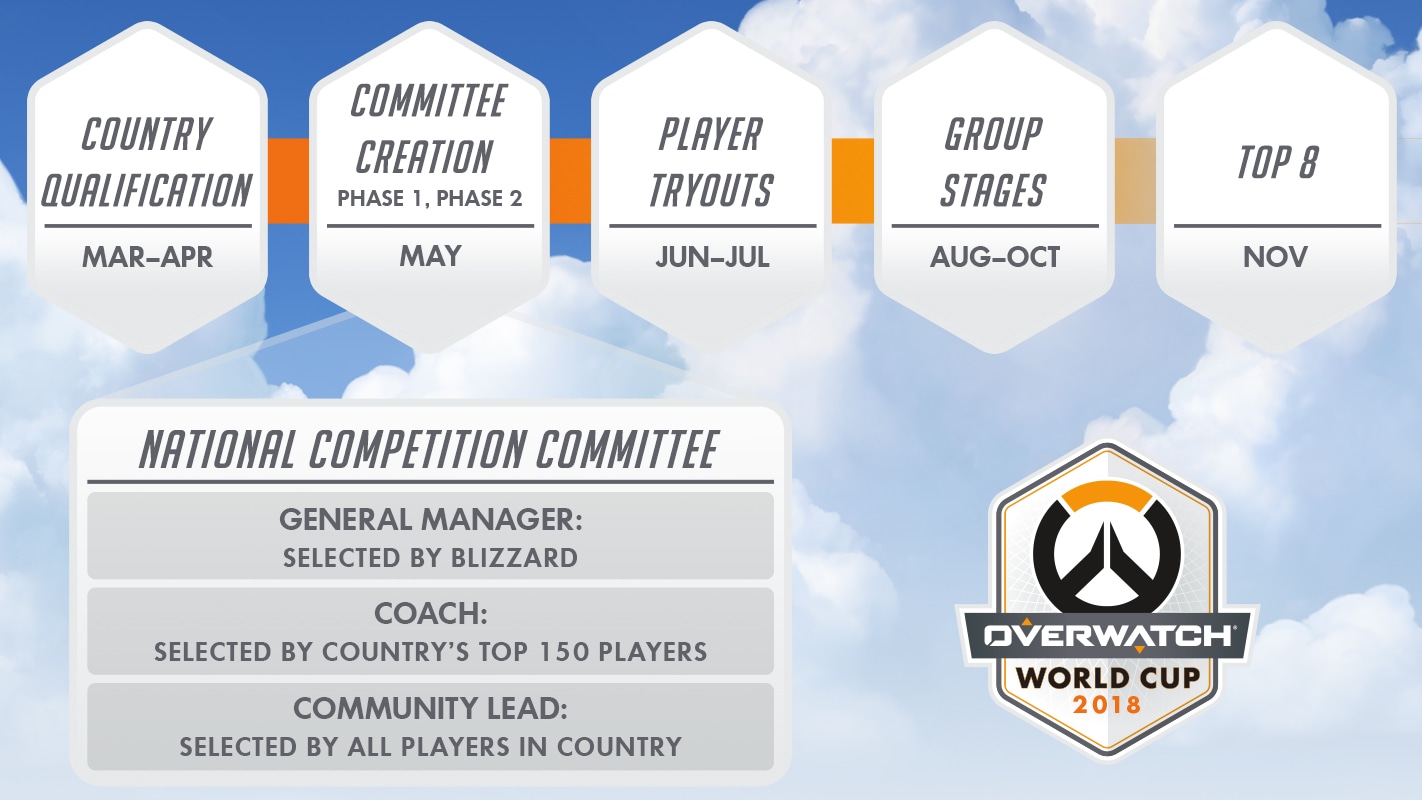 The above image clearly explains the process and the selection process for the teams.Up until the end of Season 9 of competitive, we can see the highest average SR nations. These nations will be able to participate in the regional qualifiers, which will be held in four different venues. The venues for the OWWC 2018 qualifiers are South Korea, USA, Thailand & France.

They’ll be plenty of esports coverage at Betway esports and bet365 esports as well as welcome deposits for new players.

Full National Competition Committees will be revealed on May 31!